The following charts show the development of the rate of positive Covid19 tests (as a ratio of all tests) in different countries. The charts show that in most countries, the exponential increase in Covid19 cases is at least in part driven by the exponential increase in the number of tests, while the rate of positive tests remains between 5% and 25% and increases only slowly.

The analyses have been performed by a Swiss biophysicist. What the charts do not show is a possible regional variation of the ratio within countries (e.g. local hotspots). There may also be differences between countries regarding whom and where they are testing. 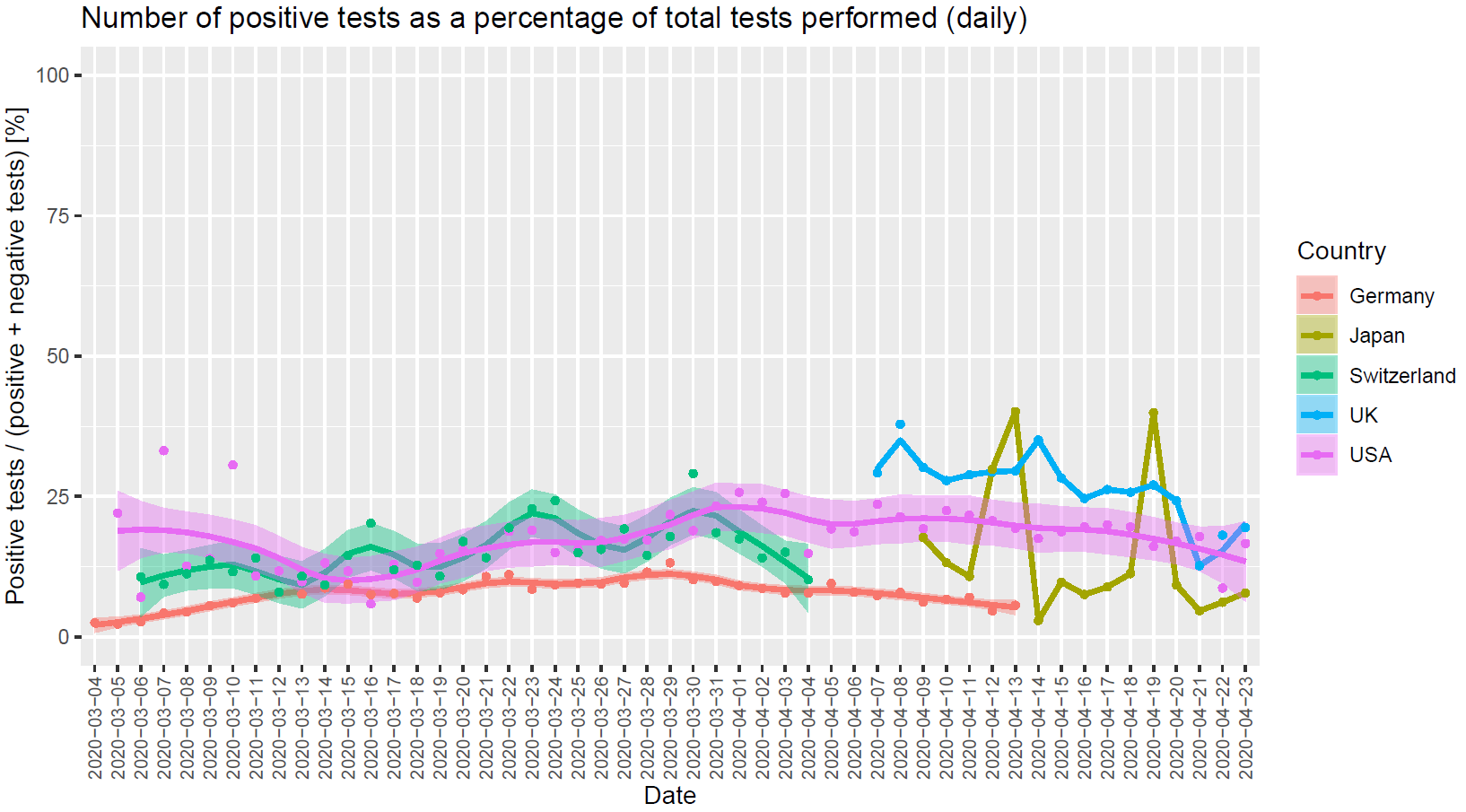 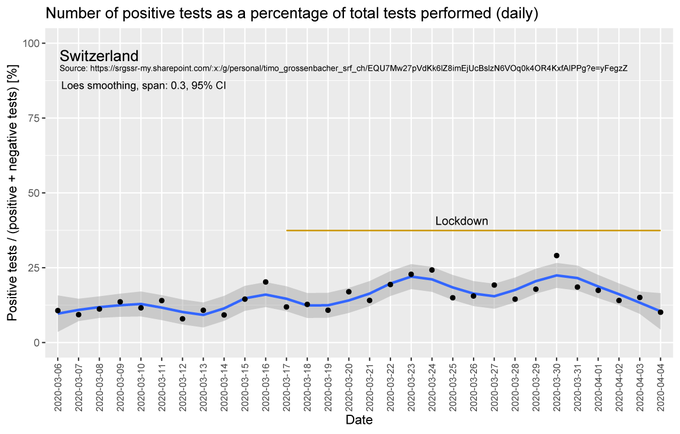 The following charts show how the rate of positive influenza tests typically increases from near zero percent to 60 or even 80 percent before declining again to near zero percent during the winter influenza season. The figures are from the German Robert Koch Institute (2017). 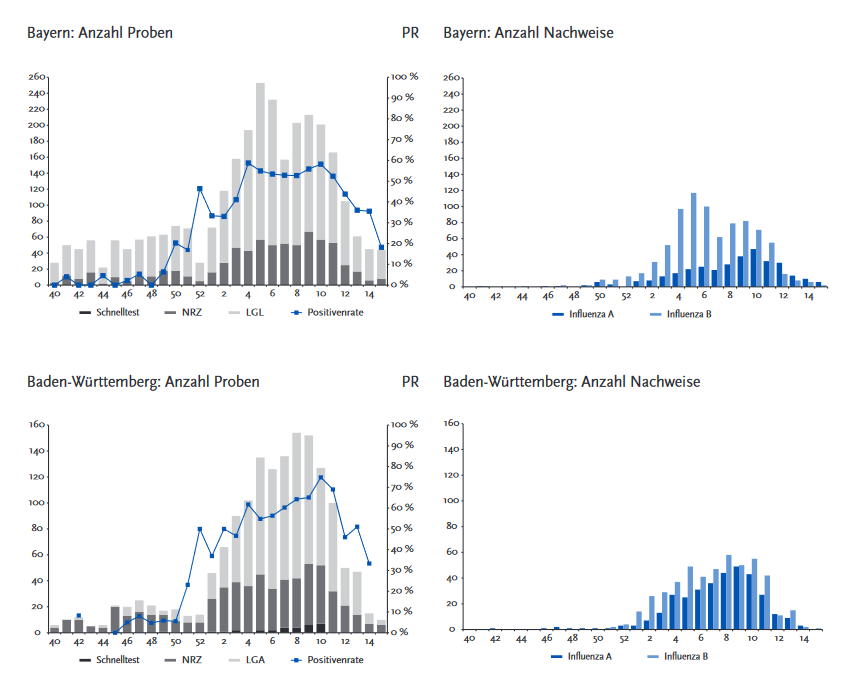