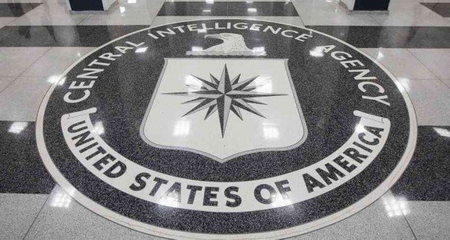 The clandestine cooperation between Western intelligence services and the media has been known for decades and is well documented. The following case shows just how closely and comprehensively even leading European journalists have been cooperating with secret services such as the CIA.

From 1961 to 1989, former Austrian journalist Otto Schulmeister was editor-in-chief and publisher of Die Presse, one of the most renowned daily newspapers in Austria. In 2009, his former CIA dossier was made public — with remarkable details about the decades-long covert collaboration.

«The Schulmeister dossier testifies to a problematic, essentially illegal relationship between a journalist, who believed he was fulfilling a mission, and the CIA: Schulmeister (code name GRCAMERA) made editorial statements based on the wishes of the CIA, suppressed stories if they harmed the US position, urged his editors to contact the representatives of the US government stationed in Vienna for dinner meetings and revealed information from background talks with Austrian politicians and ambassadors of Eastern bloc countries.

The recruitment began with the usual inquiries through third parties and the search for biographical vulnerabilities that could be used when needed against the person concerned.

From then on, CIA directives on how to assess this or that political situation went directly to the chief editor’s office. If there was a rush and there was no time for a personal meeting, the documents would be sent to Schulmeister by courier.

On October 29, 1962, the CIA reported: «Material handed out. An editorial has appeared according to our instructions.»

On December 28, 1962, it said: «The gentlemen’s night has paid off. The political line of Die Presse could hardly be better from our point of view. () We can place articles anytime. According to instructions from headquarters, this was requested concerning the Cuba crisis. () I met GRCAMERA the same day and handed him material that the head office wants to see published. The story appeared in the Sunday edition in the form of an editorial signed by him on the front page. () GRCAMERA has requested support for his son to receive a Quaker Scholarship, () it does not look like he will be taken, but this is still a useful way to strengthen the bond.»

On December 17, 1962, the CIA reported that it was worried about a story that the Presse correspondent in Washington wanted to publish concerning secret US support for the Austrian army. «The story is correct, () but should not become public at this time, to avoid an uproar over Austria’s neutrality. () I convinced GRCAMERA that this would only benefit the Soviets. GRCAMERA agrees not to print the story () GRCAMERA is pleased to be the first journalist to be received by the new US Ambassador to Vienna. () It’s a scoop for him.»

On September 19, 1963, the CIA wanted to stop the coverage of an embarrassing espionage affair in the Interior Ministry: «GRCAMERA () promised not to publish anything about this case.»

On April 3, 1964, praise again for the content of the newspaper: «it leaves nothing to be desired.» Many times Schulmeister was even ahead of the instructions from headquarters. Only the US correspondent of Die Presse causes minor irritations. «That does not mean Schulmeister is our agent. () But we can lead him just as if he were our agent ().»

On January 19, 1965, Schulmeister was handed material about the Congo crisis. «GRCAMERA said he did not need to be convinced of American interests in the Congo, but () the New York Times recently released a report on a massacre of rebels there, which was also picked up in Austria. This puts his newspaper in the uncomfortable situation of publishing stories that are contrary to the Times version. () GRCAMERA said we should get the New York Times in line.»

In the course of 1965, the CIA was able to gain another confidential contact in Die Presse, but Schulmeister did not know that, as reported in the October 12, 1965 report.

In the following years, numerous CIA documents about the war in Vietnam and other hot spots in US foreign policy went over the desk of the chief editor in Die Presse. Schulmeister often asked for appropriate analyzes on his own initiative. In 1968, Schulmeister was invited to the US as part of a Red Carpet Program.

When a policy of détente between the blocks began to emerge in the early 1970s, Schulmeister’s relationship with the CIA began to crumble. () Schulmeister apparently behaved like a «fleeing bird». The CIA had already taken sight of a new, supposedly «less evasive» confidant called IDENTITY in the files. According to the description – he was a domestic policy editor, had studied in the US, had a weekend house in Lower Austria – they had the future chief editor of Die Presse, Thomas Chorherr, in mind.

Thomas Chorherr told Profil: «I’ve certainly had a lot to do with secretaries from the US embassy. But that the CIA was involved, I did not know. I did not suspect it either, and I have a clear conscience.» He could not believe that Schulmeister had been in contact with the CIA. «I should have noticed that,» Chorherr said.

According to the official history on the Die Presse homepage, Schulmeister made the newspaper into a »bastion of independent thinking« in the 1960s.

The Schulmeister files also contain references to CIA confidants in other well-known Austrian media, including national broadcaster ORF. Former ORF director Gerd Bacher said he had never received an offer by the CIA, but added: «If they had asked me, I would have joined in.»

Original source of Schulmeister CIA file: Incriminating Otto Schulmeister of Die Presse. The CIA Name File: A Select Edition. In: Journal for Intelligence, Propaganda and Security Studies 6/1 (2012), 179–207 (Abstract). The quotes from the CIA file might have slight variations from the original text due to being re-translated. (Translation by T. Maloy)